isn't this a fun old book? i haven't seen one quite like it before. the silly thing is that every time i look at it, this goes through my mind: 'you can check out anytime you like, but you can never leave'!  is that a bit morbid?  or just the result of really liking hotel california? 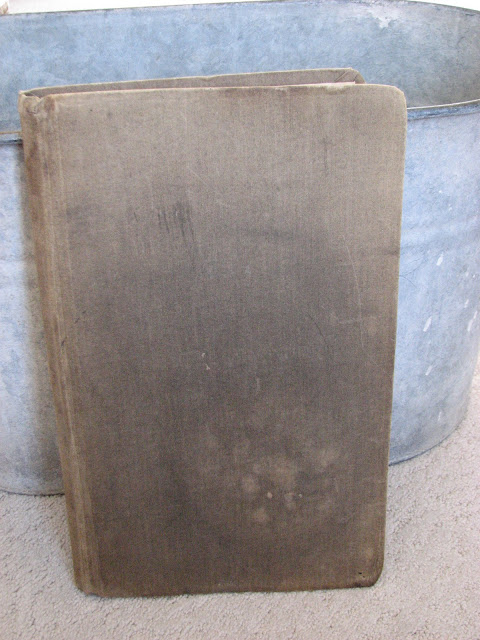 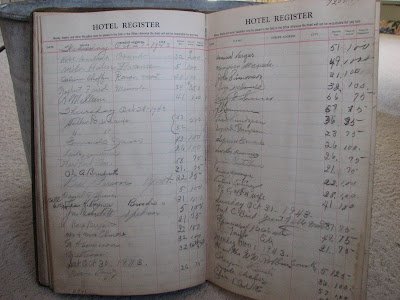 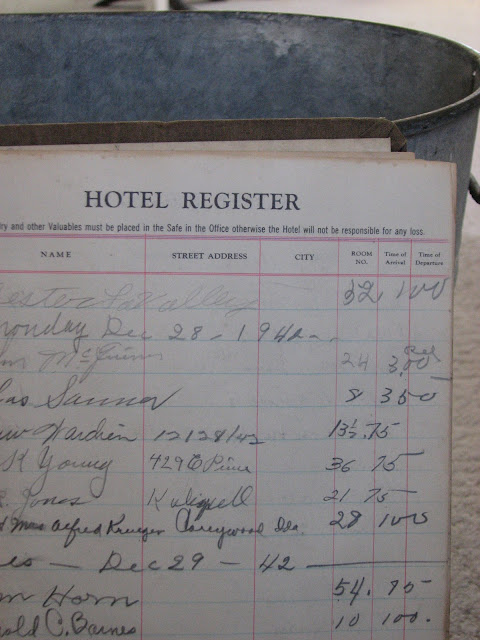 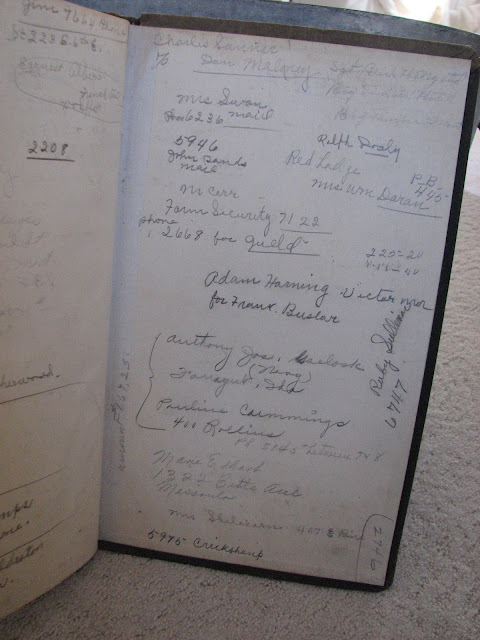 my boys are gone for the long week-end, ice fishing in minnesota.  i suspect they do actually fish part of the time - when they're not busy with all the electronics they haul along. but never mind.  i am home alone!!!  alone in my own house!  what a wonderful thing that is:)
what am i doing? well. first i took a chunk of time to ponder all the things i possibly could do.  this was followed by a time of deep meditation otherwise called napping, just because i could.
next, i turned on all the lights in my studio as a precursor to actually working in there.  the plan:  to purge and organize.  however, i then recalled that i had bought some storage containers at target last week and that they were still in the back of my suv.
on my way to the garage, i took a phone call from my sister.  as i talked, i sat down in front of the computer and noticed that my brother had sent photos of himself and his new wife, married just last night!  yay! so my sister and i discussed this and other things in some detail.  when i hung up the phone, i then had to call my other sister and review things with her.  then i emailed my brother and new sil.
all of the above consumed most of the morning and part of the early afternoon.
so. in reality, i haven't done anything that i planned.  i've done quite a lot of nothing, and a tiny bit of something.  in the late afternoon, i was seized with nostalgia (along with a chocolate craving) and went to the cupboard to find my vintage betty crocker kids' cookbook. 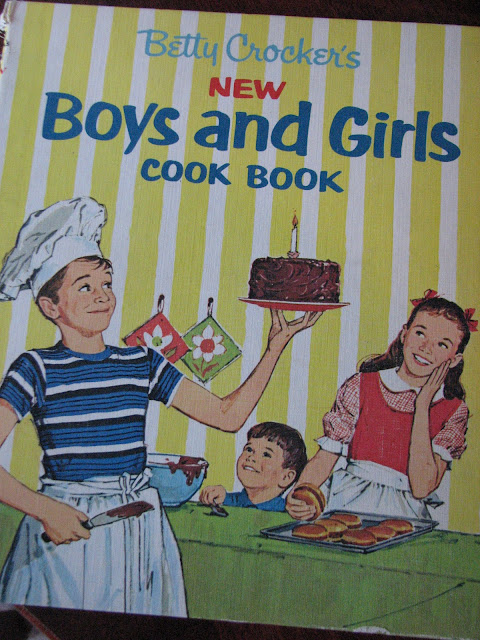 i proceeded to make the brownies; but now that they're baked i don't feel like frosting them.  and i don't usually eat brownies without frosting.  can you say "exercise in futility"?!? 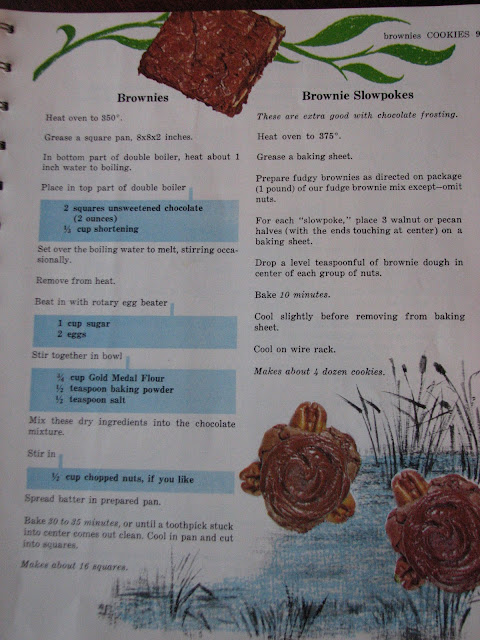 i wasted spent a while paging through the cookbook, recalling how entranced i was with this photo, as a child.  pure magic, i tell you.  no - i never made it. not then and not today. 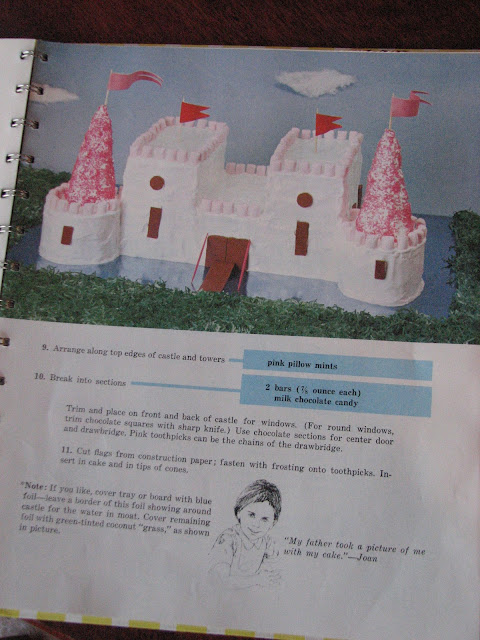 i chuckled out loud when i turned the page and found this brilliant piece of baking advice, written in my 9 year-old scrawl!  oh, for the days when the trickiest thing i had to figure out was how to double a batch of chocolate chip cookies... 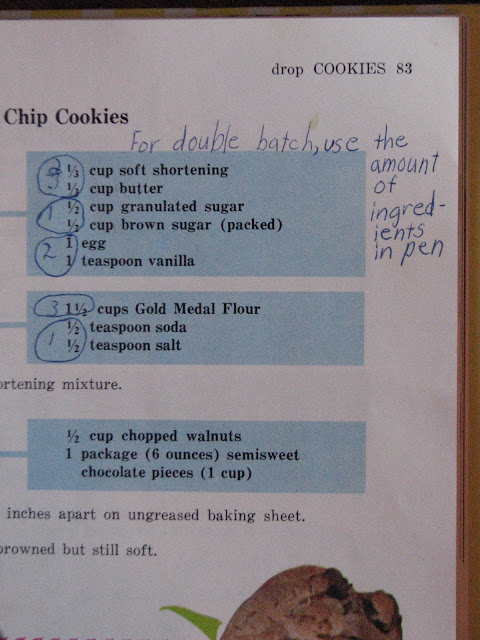 so now.  it's early evening and i have successfully returned to my studio.  so far, i have taken 'before' pictures so that i can celebrate my progress (at some future, unspecified date). 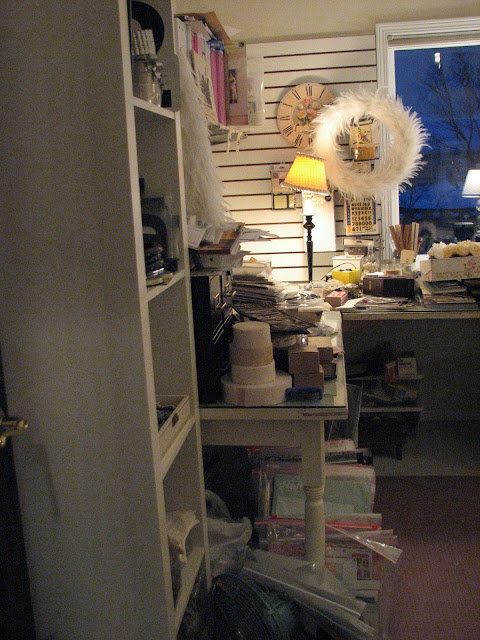 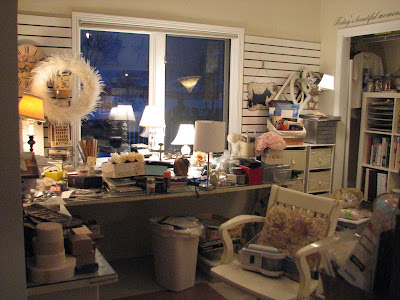 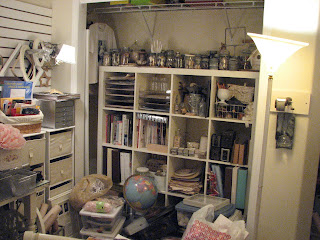 that i desperately want to learn how to edit photos... 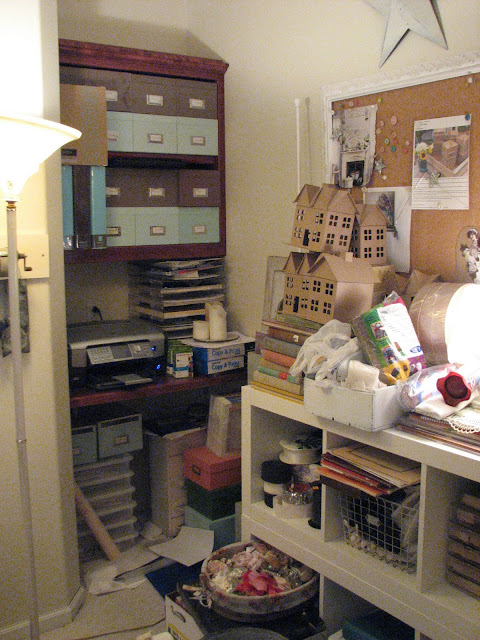 which led me back to my computer... 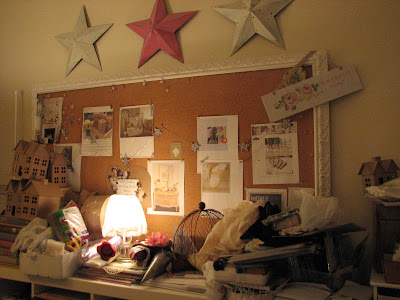 where i am now sitting. 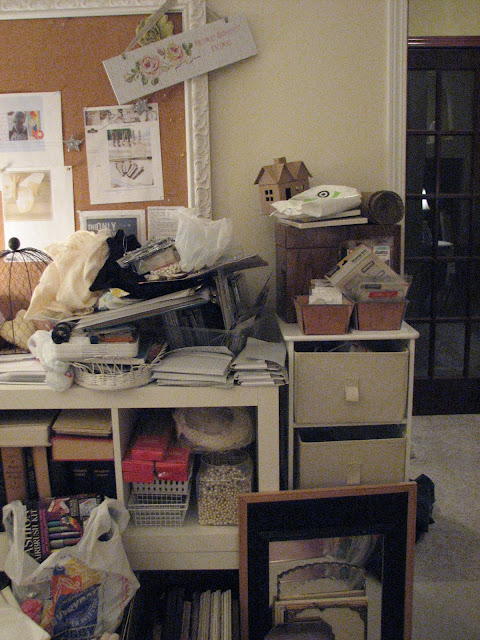 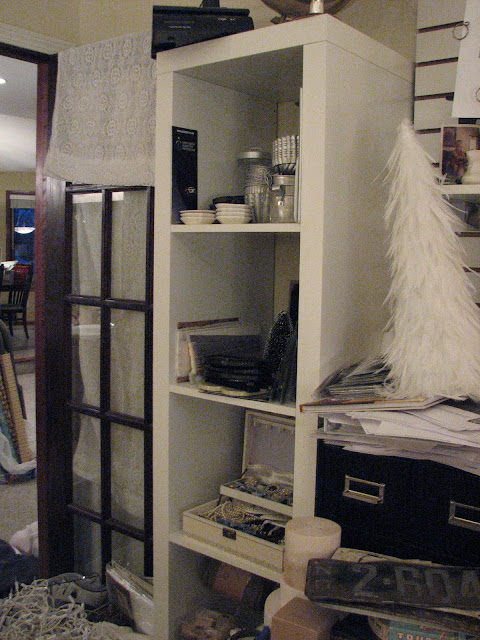 Dost thou love life?
Then do not squander time,
for that is the stuff life is made of.